Skip to the content
ShareTweet
34 people 👁️ing this randomly

Three rivers across the globe are under threat

From powering towns with electricity to supplying people with food and water, rivers are the lifelines of modern civilization. But relentless heat waves and drought have caused the vital waterways to dry up. A global special report on the water emergency affecting billions around the world. NBC Correspondents Steve Patterson, Matt Bradley, and Janis Mackey Frayer are at the Colorado River, the Rhine River in Germany, and the Yangtze River in China to see the effect of climate change on three rivers critical to their regions.

Three rivers across the globe are under threat

allaboutian
the open profile for all 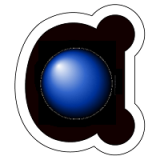 the open profile for all

Police cracking down on toll and red light camera evasion