Dilip Kumar, 98, Taken To Hospital Again After Complaining Of Breathlessness 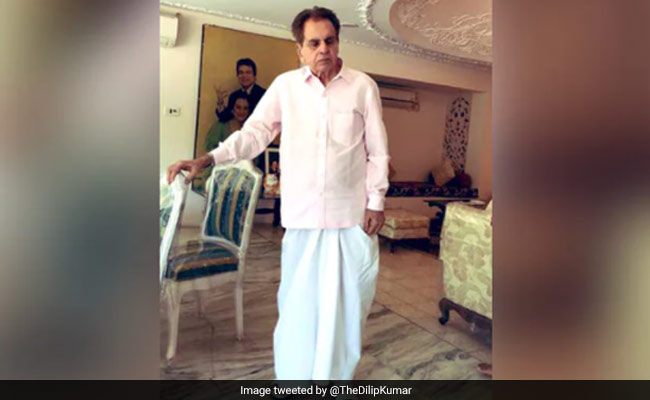 Dilip Kumar, who was admitted to a Mumbai hospital earlier this month following complaints of breathlessness, has been taken to the Hinduja Hospital again after he complained of breathing issues, reported news agency PTI. The 98-year-old actor is currently “in the intensive care unit (ICU)” of the hospital and is “fine,” hospital sources told PTI. He was admitted to the Hinduja Hospital, nearly two weeks after he was discharged, on Tuesday as a “precautionary measure.” A hospital insider told PTI: “He was admitted yesterday during the day due to breathlessness. Given his age and recent hospitalisation, the family decided to take him to the hospital as a precautionary measure. He is fine. He is in the ICU so that the doctors can monitor him.”

Dilip Kumar was hospitalized on June 6 after he had breathing issues. He was diagnosed with bilateral pleural effusion – a build-up of excess fluid between the layers of the pleura outside the lungs – and he underwent a successful pleural aspiration procedure, reported PTI. He was discharged on June 11 after “fluid was removed from his lungs,” his wife and actress Saira Banu had said in a statement. In a tweet shared by the actor’s official Twitter handle on June 11, his family friend Faisal Farooqui had written: “With your love and affection, and your prayers, Dilip Saab is going home from the hospital. God’s infinite mercy and kindness through Drs. Gokhale, Parkar, Dr. Arun Shah and the entire team at Hinduja Khar.”

With your love and affection, and your prayers, Dilip Saab is going home from the hospital. God’s infinite mercy and kindness through Drs. Gokhale, Parkar, Dr. Arun Shah and the entire team at Hinduja Khar.
–Faisal Farooqui#DilipKumar#healthupdate

Dilip Kumar was admitted to the same hospital in May as well for his regular health checkup and was discharged two days later.

Dilip Kumar is best known for his performances in classics such as Kohinoor, Mughal-e-Azam, Shakti, Naya Daur and Ram Aur Shyam among many others. He was last seen in the 1998 film Qila.

(With inputs from PTI)

Waiting for response to load…

Dilip Kumar, 98, Taken To Hospital Again After Complaining Of Breathlessness